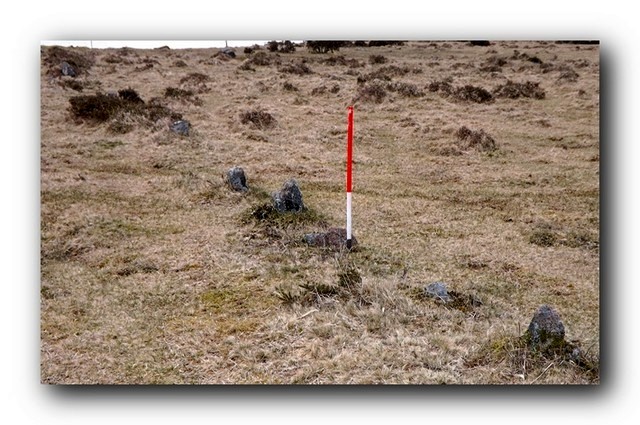 Length of the alignment. View from the west (Scale 1m).

A single stone row measuring 132m long, including at least 54 mainly medium-sized stones together with some small and large stones situated on a south west facing slope. The row is orientated north east to south west, there is a cairn at the upper (NE) end and a tall pillar at the other. An usual feature is a stone set next to the row midway along its length. The row stands near three other rows, several cairns, prehistoric settlement and fields. 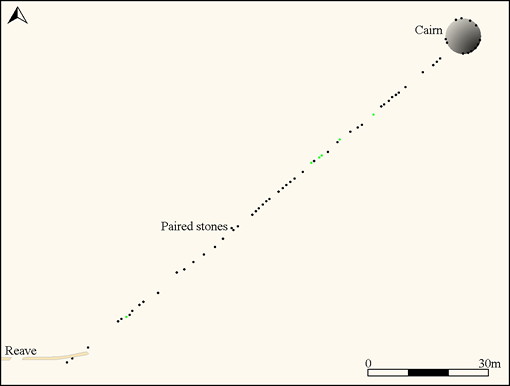 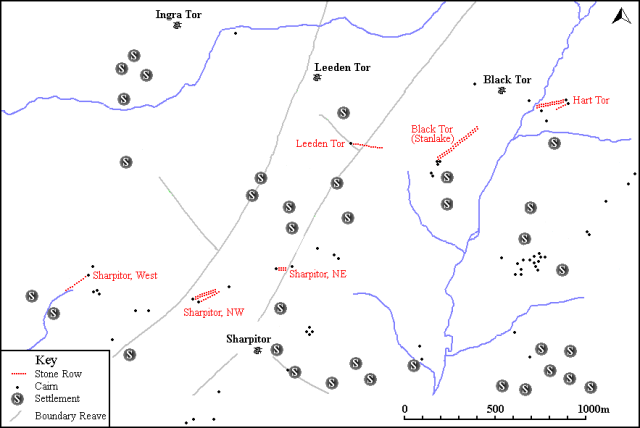 Map showing the position of Sharpitor West, other stone rows and sites.

Category: Plausible. Despite the mangled state of this row no doubts have been expressed regarding its prehistoric interpretation. 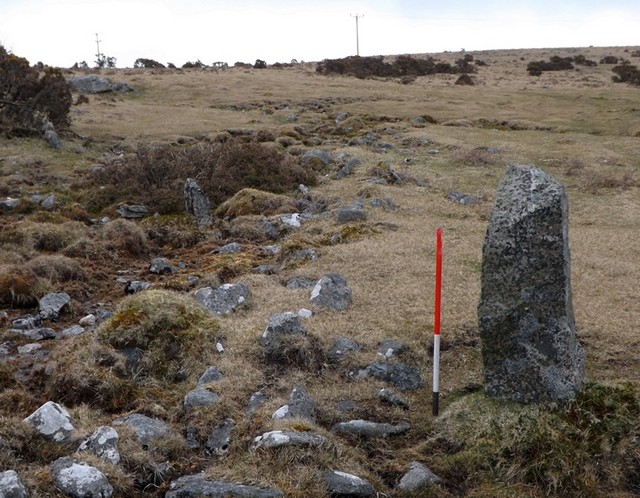 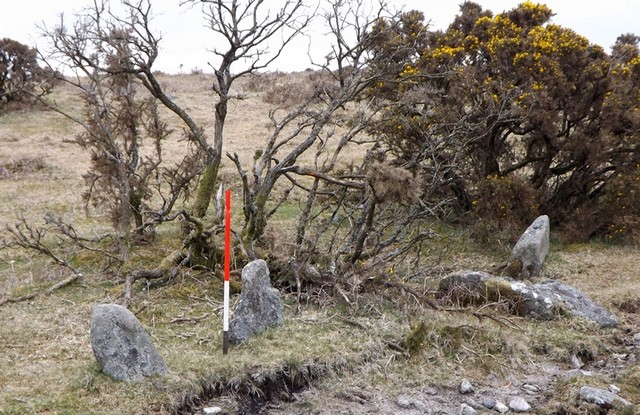 A series of stones forming part of the lower length of the row. View from the south.

Small widely spaced stones. The undisturbed  large stones next to the row demonstrates the row builders had chosen to ignore these much larger ones. This happens at a number of other rows and demonstrates that they were not always concerned with creating megalithic monuments. Small stones were clearly considered sufficient for the purpose even when larger ones were readily available. 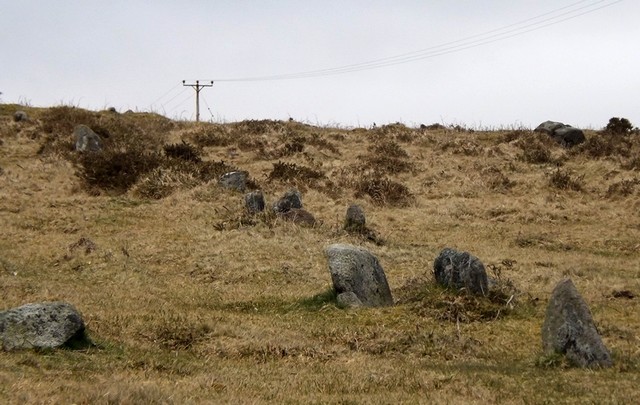 A single stone set next to the row may indicate that this point on the row was particularly significant. 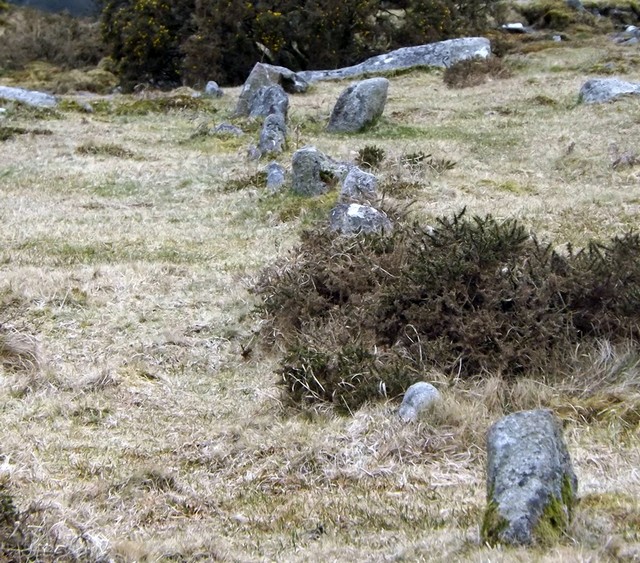 Looking north east along the row. 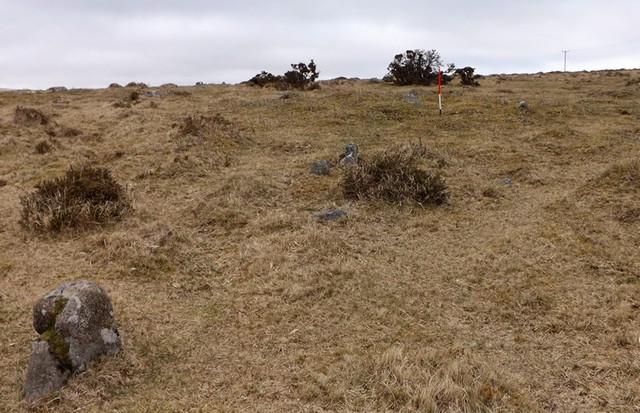 The cairn at the top of the row.