This alignment is composed entirely of fallen stones (Scale 1m).

A double stone row (or avenue) measuring 865m long, including at least 120 mainly recumbent large-sized orthostats leading across a wide ridge. The row is orientated east to west and curves northward at either end. When standing this was probably the most impressive row on Dartmoor and is the only example of an avenue in the region. The fact that nearly all the stones are recumbent could suggest that they were deliberately felled or more probably that they were inadequately set in the first place. There are four other stone rows in the vicinity together with several cairns and prehistoric settlements.

Map showing the position of Piles Hill, other stone rows and sites.

Category: Plausible. Despite the fact that all the stones are recumbent no doubts have been expressed regarding the prehistoric interpretation of this row.

This stone row is of Type D11. Information on this form of stone row and other rows of this type is available here. 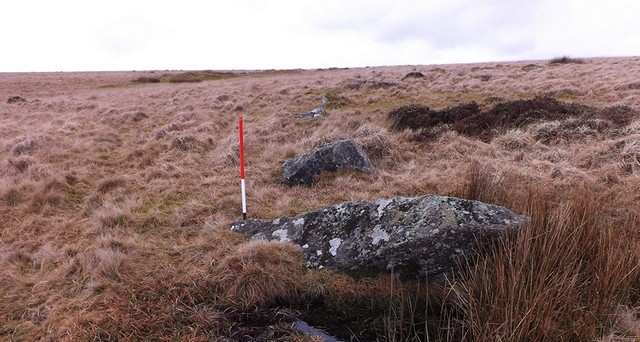 Large recumbent slabs forming part of the southern row. Every single stone is now recumbent which suggests that they have been deliberately pushed over. If natural agencies had been responsible there is a good chance that at least some would remain upright. View from east (Scale 1m).

When complete this row was probably the most impressive of all the Dartmoor rows and one of the most spectacular in the whole of Great Britain.  View from west (Scale 1m). 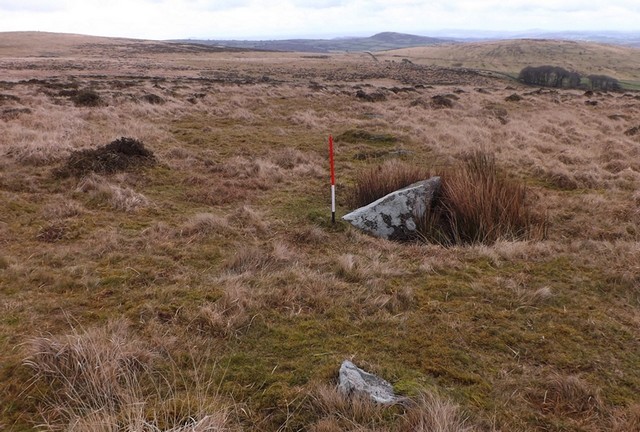 The row crosses a watershed. From the eastern length the chambered cairn at Corringdon Ball is clearly visible. View from west (Scale 1m).

This slab forming part of the row has been split by the wedge and groove method.  This indicates that this probably happened sometime before 1800 (Scale 1m). 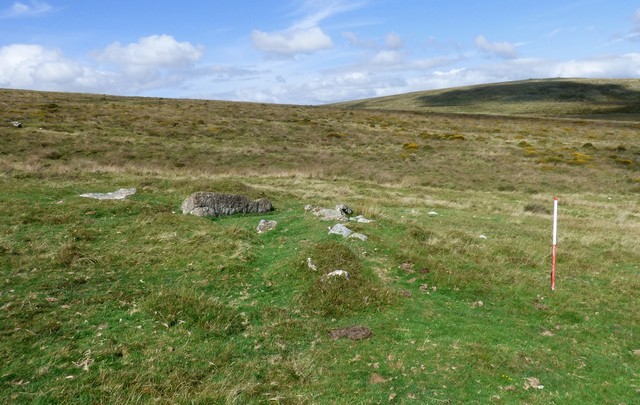 The eastern end of the row. View from the south (Scale 1m).

The stone on the left forms part of the northern row and the stones on the right part of the southern row. View from west at SX 65738 61057. 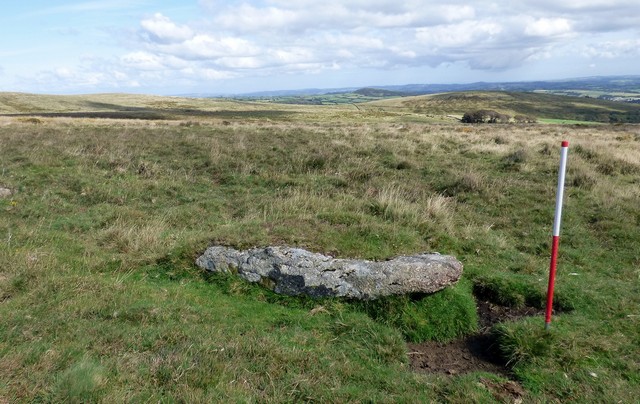 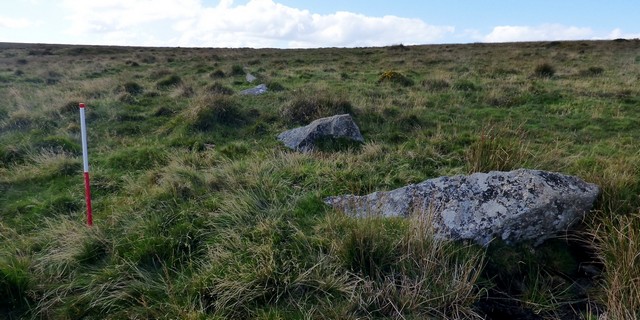 Pair of stones at the possible eastern end of the row.  The stone on the right has been recently re-erected and probably stood in the northern row whilst the one on the left may be a blocking stone.  View from south. 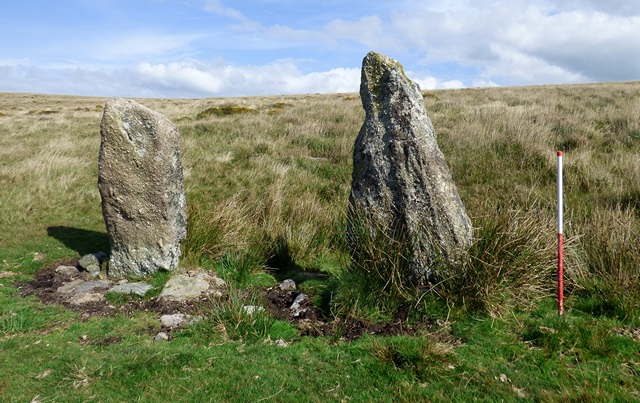 A couple of stones at SX 65026 61128 are likely to be natural, although the possibility that they formed part of the row cannot be entirely discounted. View from west.

The Piles Hill stone row as well as being the only avenue on Dartmoor is unusual in that was built over the top of a hill.  Other examples are known such as Stalldown and Sharpitor, NW1 and in common with those rows the view from either end of the row is radically different.  At the eastern end of the row there are restricted views to the east including glimpses of the sea on the far horizon. From the western end there are restricted views towards the south west including Plymouth Sound and the south Cornish coast. Towards the middle of the row around SX 65575 61048 Bigbury Bay suddenly appears from behind Butterdon Hill.

Restricted views to the east from the eastern end of the stone row. Although not visible in this panorama slivers of sea top the distant land in places.

View from SX 65575 61048 which is 330m west of the eastern terminal. As you walk westward along the row Bigbury Bay appears to the right of Butterdon Hill.

Looking south west from SX 65345 61076. As you walk west up the hill the sea to the south west together with Plymouth Sound and several promontories including Lizard Point suddenly appear.