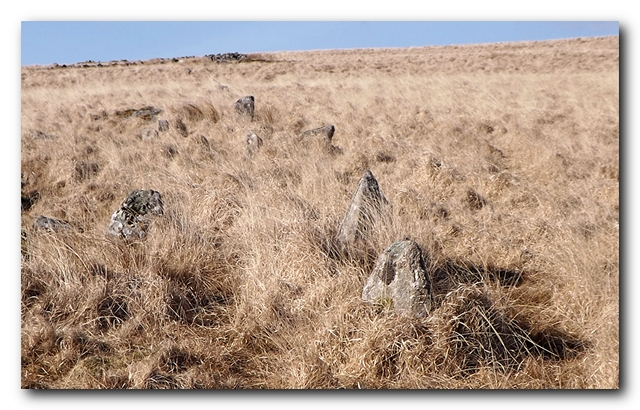 Southern length of the alignment. View from the south.

A single stone row measuring 227m long, including at least 92 mainly medium-sized stones and a few small stones situated on a south west facing slope with sea view and landscape reveals. The row is orientated north to south and leads downslope (south) from a cairn. The southern length of the row is partly incorporated into a prehistoric enclosure wall and at one-point a round house has been built up against one of the row stones. There are several prehistoric settlements in the immediate vicinity. 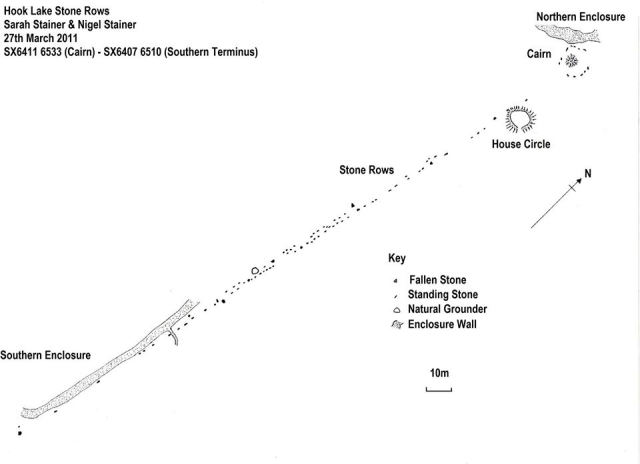 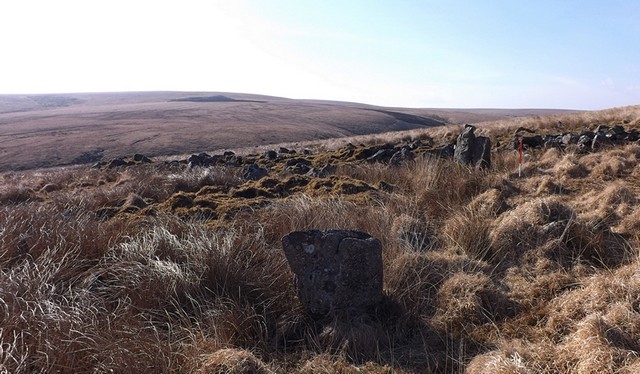 Kerbed cairn at the top of the row. View from south (Scale 1m). 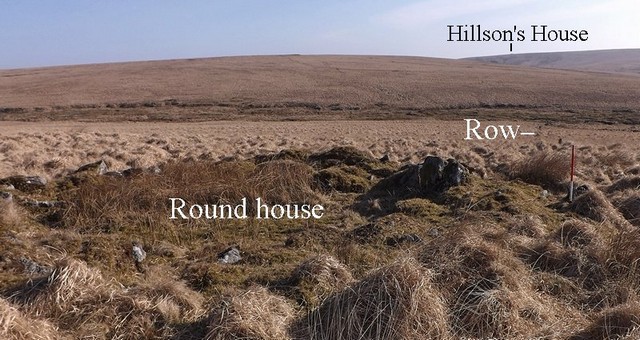 Middle Bronze Age round house built next to the stone row. The ranging rod stands beside an upright slab forming part of the earlier stone row.  Hillson’s House cairn is visible from the upper length of the row. View from north (Scale 1m). 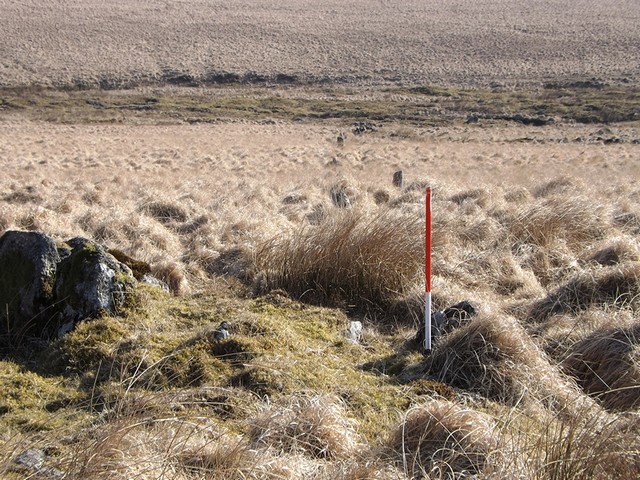 Stone row upright slab denoted by the ranging rod was incorporated into the wall of the Middle Bronze Age round house. View from north (Scale 1m). 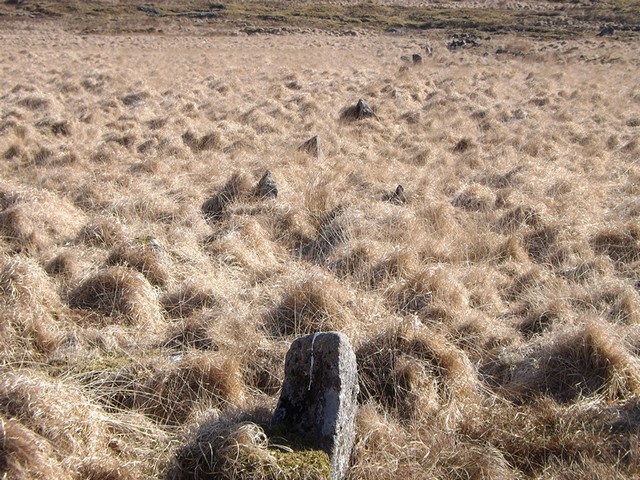 Looking southward along the row. 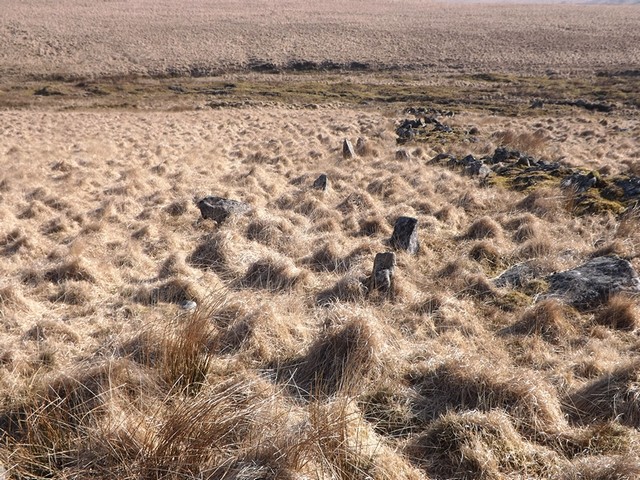 The southern (lower) length of the row is partly buried beneath a later prehistoric enclosure wall. View from north. 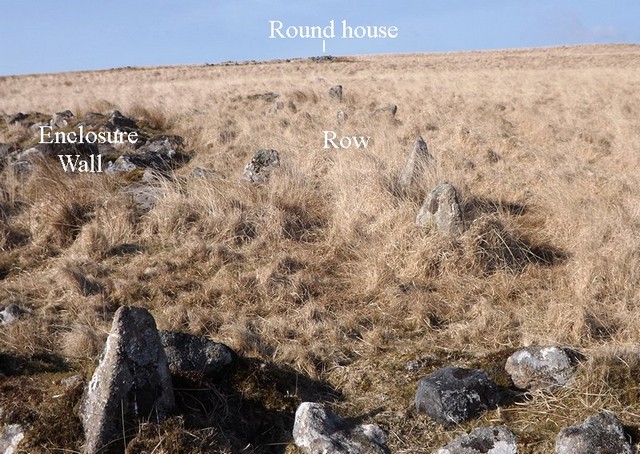 Looking northward along the southern length of the row. The row partly underlies a Bronze Age enclosure wall at this point. View from south.

This has never been an easy row to get to. When visited in 2013 car parking was available at SX 62524 61120. Recently (2016) this car parking area has been closed making it much more difficult to access this part of the moor. The alternative car parking location is at SX 64342 59548. From here the easiest way to reach the row is probably to head east to the Two Moors Way at SX 65765 59965. Then follow the track north to SX 64400 64275 where the path to Hook Lake should be taken. Given the effort to get to the area it would be a good idea to have a look at the Upper Erme Row and some the amazing prehistoric settlements at the same time.  A full day but hopefully a rewarding one. Best contemplated in the summer.

Burl, A., 1993, From Carnac to Callanish – The prehistoric rows and avenues of Britain, Ireland and Brittany, Yale University Press, New York and London, pg. 214.