A single stone row measuring 83.2m long, including at least 14 mainly medium-sized stones together with some small and large stones situated on a south west facing slope. The row is orientated north east to south west, there is a cairn at the upper (NE) end and a tall pillar at the other. The row, partly restored in 1893, stands near two other rows, several cairns and prehistoric settlements. 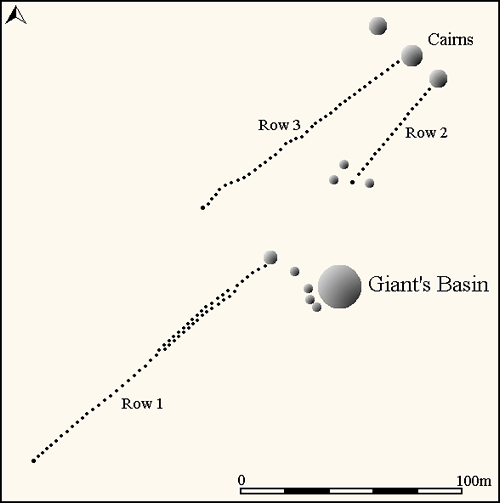 View from north (Scale 1m). The row leads between a cairn and a tall terminal pillar. 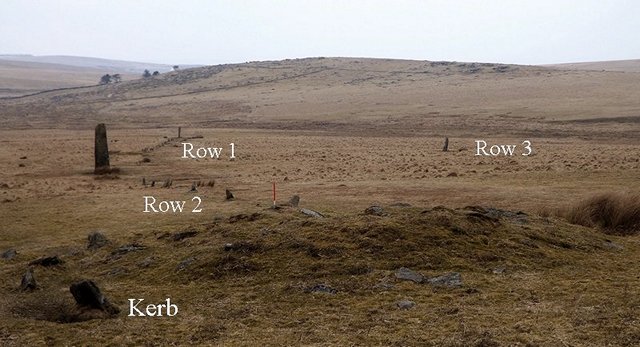 View from north east. The cairn at the top (NE) has a kerb around its circumference. 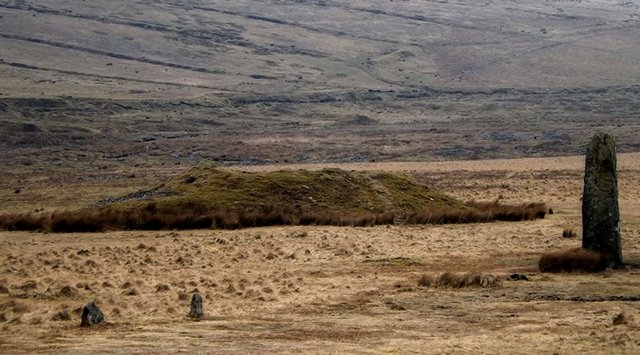 The row leading towards the terminal slab. The large mound behind is the Giant’s Basin which is a large cairn which unusually for Dartmoor appears to have a quarry ditch around its circumference. View from north. 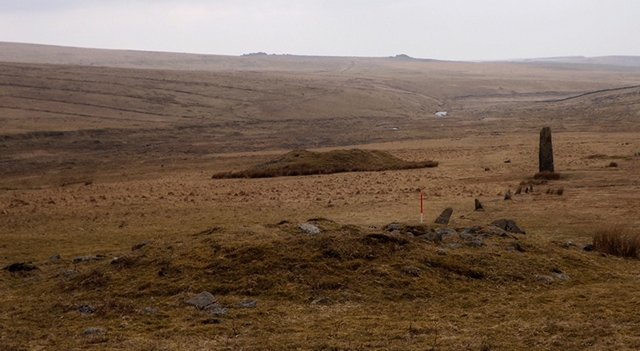 The row leads uphill from a tall pillar to a kerbed cairn. View from north east. 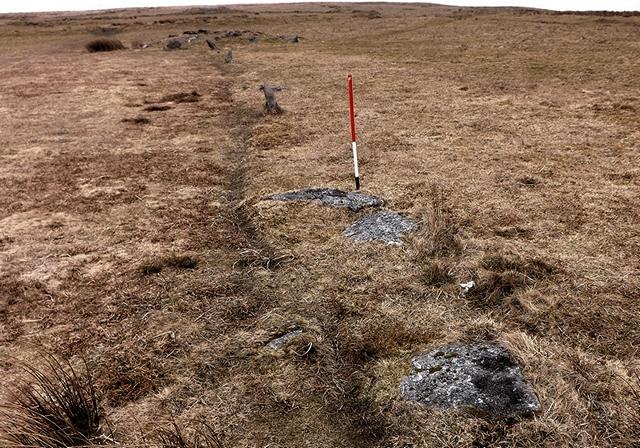 Looking north east along the row. The recumbent slabs in the foreground were not re-erected when the row was “restored” by the Dartmoor Exploration Committee at the end of the 19th century.

The row approaching the kerbed cairn at the top.

The terminal pillar was re-erected by the Dartmoor Exploration Committee.