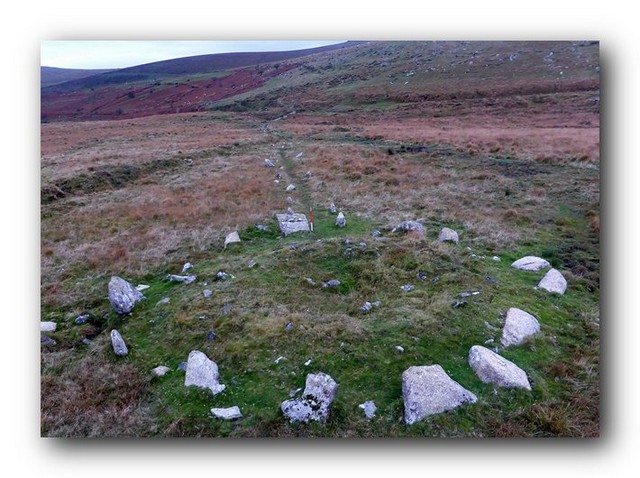 Kerbed cairn in foreground and stone row beyond (Scale 1m).

A fine double stone row measuring 126m long, including at least 88 mainly medium-sized stones together with some small-sized stones situated on a west facing slope with restricted views that include a glimpse of the sea. The row is orientated ENE to WSW and leads downslope from a kerbed cairn at the ENE end. The WSW end has probably been truncated by tin streamworking. There is a second stone row, several cairns, a reave and prehistoric settlements in the vicinity.

Map showing the position of Hart Tor North, other stone rows and sites. 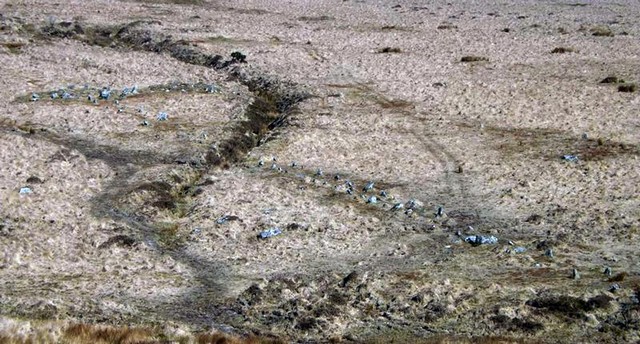 The Hart Tor stones rows viewed from the slopes of nearby Black Tor.

A double row of stones ascending the hill towards the cairn. View from the north west (26 March 2013).

The double row approaching the kerbed cairn. View from west.

Looking downslope along the row from the kerbed cairn. View from the east. 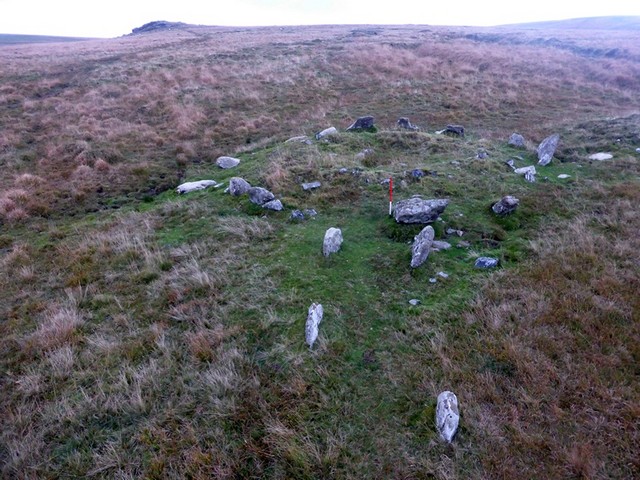 Stone row leading away from the kerbed cairn. View from the east.

Roadside car parking is available at SX 56985 71765. From here the row can be reached across open moorland. The row is situated about 600m to the east. The River Meavy needs to be crossed and it is usually possible to do this via a very narrow “footbridge”.