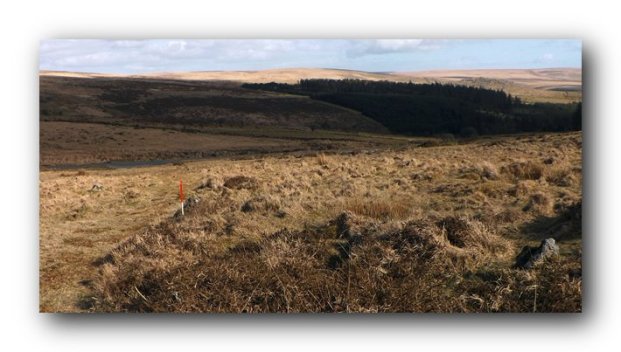 The lower end of the stone alignment. View from the north. 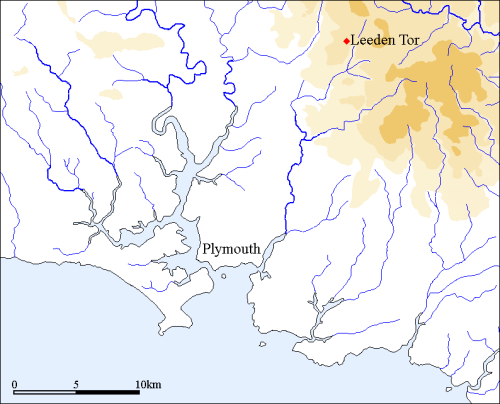 On the eastern slopes of Leeden Tor is a single stone row leading downhill from a somewhat maltreated cairn at SX 56524 71473. The alignment is at least 165m long and includes twelve stones, most of which are recumbent. Much of the damage to the cairn was probably caused during the Bronze Age when a reave (field boundary) was built over it. Lack of respect for antiquities is not a modern phenomenon but in this instance at least this behaviour has enabled us to establish with certainty that the cairn and row are earlier than the reave which is of Middle Bronze Age date. We can also be fairly confident that the ritual practices connected with the row had fallen from favour and now the area was being brought into agricultural use and the old rituals abandoned. We have already seen this type of behaviour at Hook Lake and it is clearly part of a widespread pattern. The evidence for the stone alignments being damaged in the Middle Bronze Age serves as a poignant reminder that changing believes and attitudes have consequences. What was once so important to the people living on Dartmoor became an irrelevance and the previous special places became mundane and disposable.  The Middle Bronze Age people on Dartmoor had no time for the rituals of earlier generations although perhaps an element of superstition ensured that the fabric of the earlier believes was not entirely swept away – for this we should be grateful.

The Leeden Tor alignment stands within an incredibly rich archaeological landscape including large numbers of cairns and stone alignments as well as Middle Bronze Age settlements, enclosures and field systems. The stone alignments at Hart Tor and Stanlake are visible from here and indeed seem to share noteworthy visual inter-relationships, some of which are considered below.

Simplified map showing the relative positions of the Leeden Tor, Stanlake and Hart Tor stone alignments. The Middle Bronze Age settlements in the vicinity are shown in black.

Views from the alignment
A series of images from Google Earth are presented below. The first one represents the view from the lower end (east), the second from the point mid-way along the length of the row and the third from the cairn at the top of the alignment. 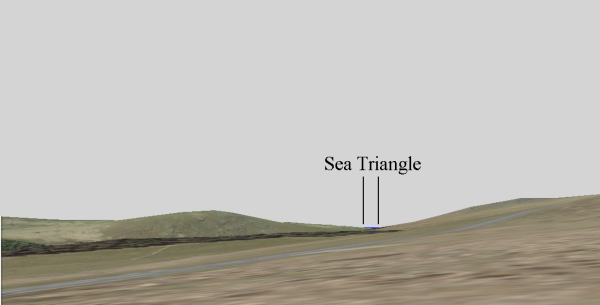 Standing at the lowest point (eastern end) of the row a very restricted view towards the sea is visible.  It is hard to convey in words just how fleeting this sight of the sea is.  A few metres upslope (west) from this point the view is lost behind the lower slopes of Leeden Tor whilst about 20m to the east the sea vanishes behind Sharpitor.  We cannot be certain that the row terminated at this point but it is at this point and only at this point along its entire length that a view of the sea exists. This would suggest a very strong element of deliberation and provides further evidence to support the crucial link between alignments and the sea.

Ten metres west of the bottom of the alignment the sea is no longer visible.  Another huge coincidence or is the alignment acknowledging a link to the sea.  If so, the views to the sea must have been special to those who built the alignment and could have played a part in the rituals.

The sea remains hidden from view at the top the row. An alternative view towards the east provides a further insight into why visual connections are likely to have been important to those who built and used the alignments. 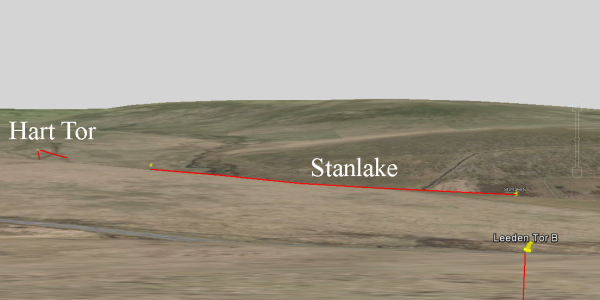 From the top of the row the alignments at Hart Tor and the double row at Stanlake are visible (shown red).  The Stanlake row would have been particular impressive because from this position it would have been silhouetted against Raddick Hill. It may also be more than a coincidence that the Leeden Tor alignment points directly at the cairns at the southern end of the Stanlake alignment. This pair of clear visual links between the stone alignments provides further evidence of precise visual connections and these may have been important. 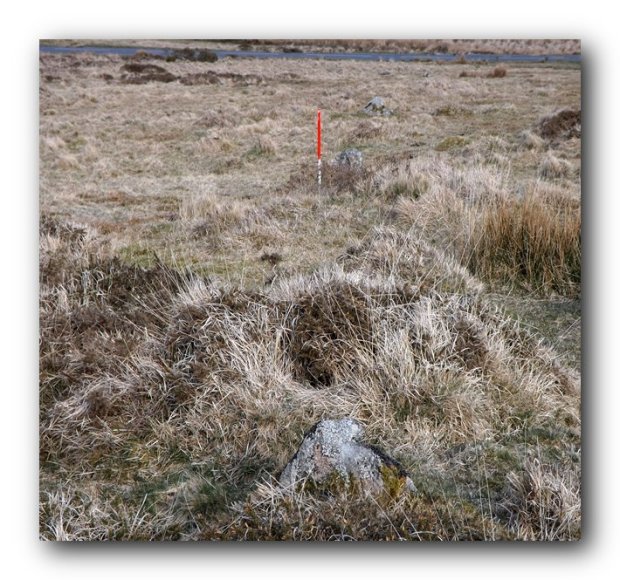 The lower eastern end of the alignment. View from west (Scale 1m).

The very restricted view from the bottom of the alignment provides a focussed view towards the sea. During the winter months at around 1.00pm a bead of bright light similar in character to the “Baily’s Beads” associated with total eclipses of the sun will be visible on clear days.