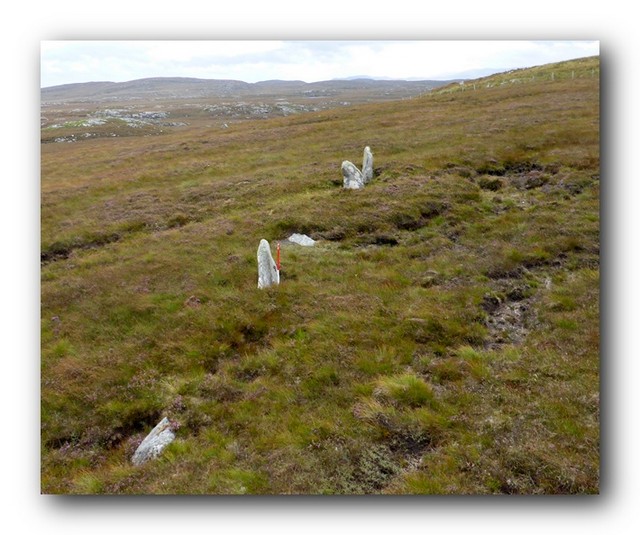 View from above and north west (Scale 1m).

A single stone row measuring 13m long, including three large upright and two recumbent orthostats situated on a north west facing slope. The row is orientated north to south. A further standing stone in the vicinity may be broadly contemporary.

Category: Plausible. Although originally described as a stone circle there is now a broad consensus that this is a prehistoric stone row. 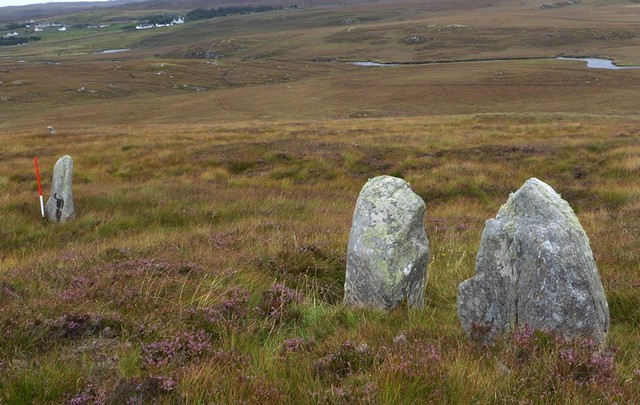 View from above and south (Scale 1m).

View from above and south (Scale 1m).

View from above and north east (Scale 1m).

Looking from above and south along the row (Scale 1m).

Isolated upright stone to the north of the row. Row is visible in the background.

Road side car parking is available around NB 23167 30407. Walk along the road to NB 23092 30241 then take the track leading east up the hill. Shortly you will arrive at an old shieling which is worth having a look at. From the sheiling head in a south easterly direction across uneven rough pasture to the stone row.

Burl, A., 1993, From Carnac to Callanish – The prehistoric rows and avenues of Britain, Ireland and Brittany, Yale University Press, New York and London, pg. 223.