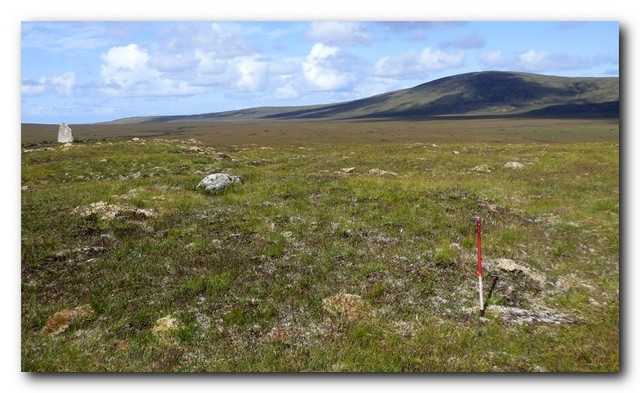 A probable single stone row measuring 251m long, including five widely spaced medium and large-sized slabs situated on the summit and west facing slope of Airigh Na Gaolithe with far reaching views. Three of the stones are upright and two are recumbent. The row is orientated east to west and leads westward from a possible long cairn. A hilltop location is unusual for a stone row.

Category: Probable. The lack of other stones in the vicinity combined with the presence of a long cairn adjacent to the upper end of the row suggests that these stones probably represent the remains of a stone row.

This stone row is of Type S9. Information on this form of stone row and other rows of this type is available here. 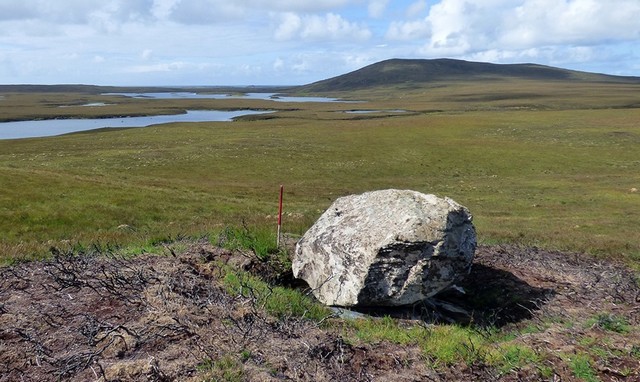 Stone 1 View from west. Stone 2 is visible on the skyline  (Scale 1m).

Stone 2 View from east . Stone 1 is visible to the left of the ranging rod (Scale 1m).

Stone 2 View from north east. Stone is visible in the background (Scale 1m). 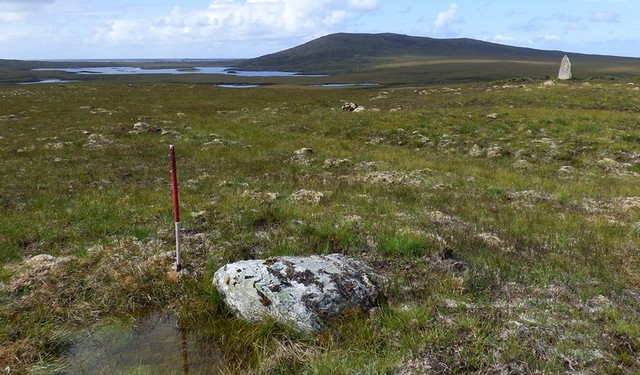 Stone 3 View from east. Stone 2 in the background (Scale 1m). 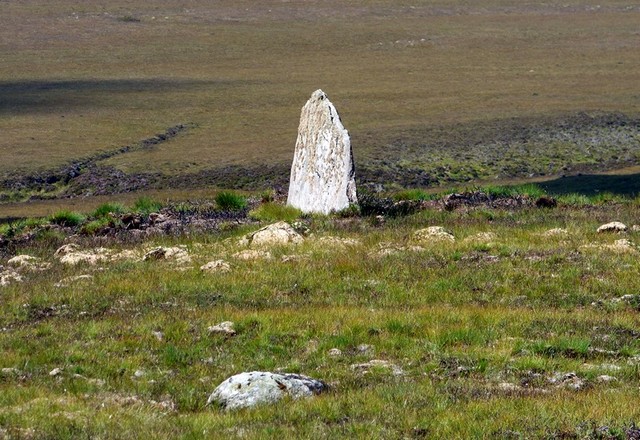 Stone 3 in the foreground and stone 2 beyond. View from east. 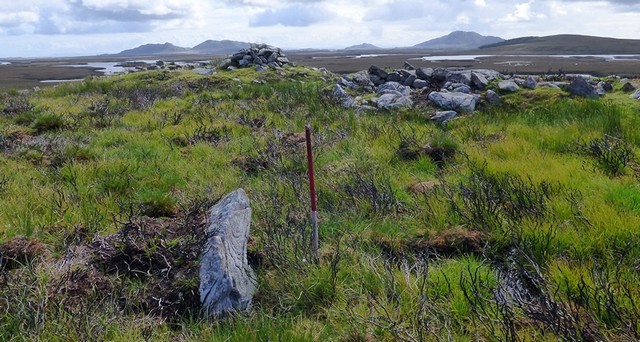 The row terminates at its eastern end adjacent to a long cairn.  It is very likely that the row and cairn are contemporary.

As one walks eastward along the row extensive views to the east and north which are wholly restricted from the western end of the row open up. The respective ends of the row are not intervisible.

Walking eastward along the row hills to the north and east appear on the skyline.

A few steps further and the hills are fully revealed at the same point where the long cairn adjacent to the end of the row becomes visible.

This is not an easy stone row to get to. Whichever way you approach it from involves walking through boggy terrain and dodging around lochans.  Access from the south is relatively straightforward with the advantage that the row is visible from the start. Car parking is available at NF 83520 65827 and while you are here a visit to the nearby Barpa Langass chambered cairn is a must. From the car park carefully cross the road and walk along the verge to NF 82832 65399. From here head north avoiding the lochans. A couple of streams will need to be jumped. I would recommend wellingtons for this one. I can not overstate just how wet the ground conditions are. Assume that progress will be slow and do not set out late in the day. A decent map is essential.