The southernmost surviving length. View from the north.

A substantial double row (or avenue) measuring 2500m long, originally including around 200 large-sized stones forming part of the Avebury ritual complex. The row is orientated north west to south east and leads between Avebury Henge and concentric stone circle known as The Sanctuary. A number of landscape reveals are known to exist along its length and there are large numbers of prehistoric sites in the vicinity.

This stone row is of Type D11. Information on this form of stone row and other rows of this type is available here. 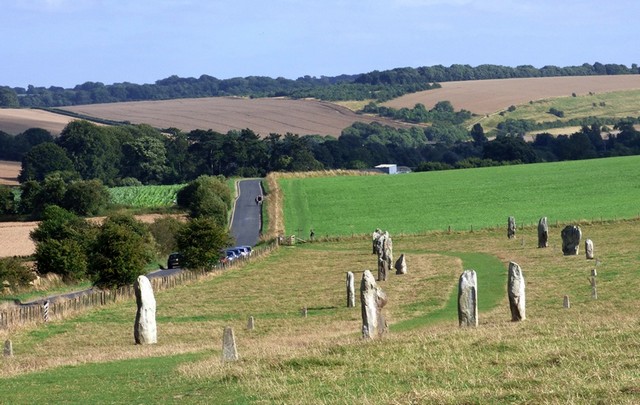 Southern length of the best preserved section. View from the north. 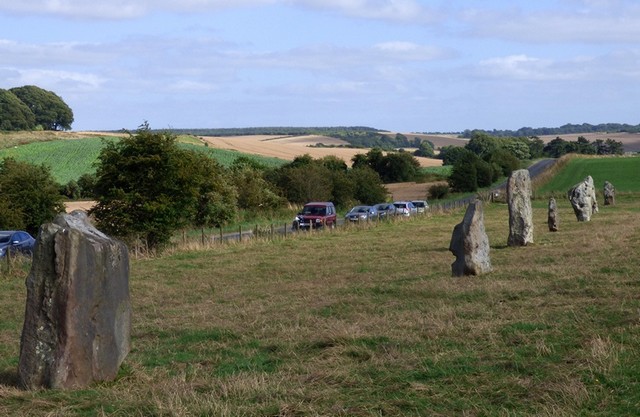 Eastern side of the row. View from the north.

Looking northward along the row. Avebury henge is hidden from view behind the rising ground. View from south.

Looking northward along the row. 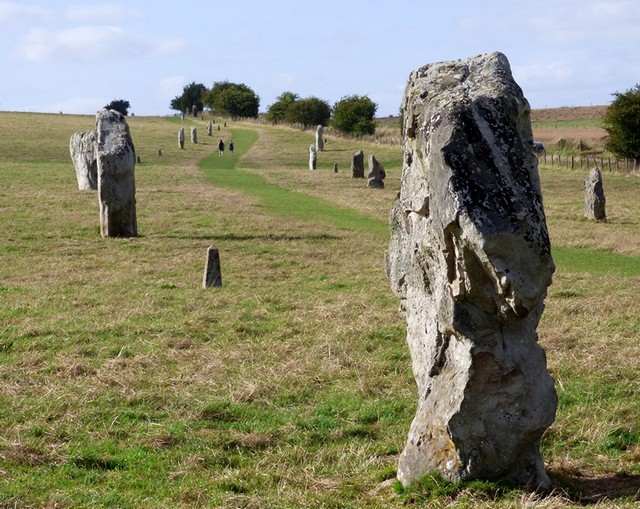 Looking northward along the row. Avebury is hidden by the rising ground.

The sinuous character of the row as it ascends the ridge south of Avebury is clearly apparent.

In common with many rows the West Kennet alignment is far from straight.

View from The Sanctuary of the alignment leading up the ridge towards Avebury. Windmill Hill barrows are clearly visible on the skyline.

On reaching the brow of the ridge first Windmill Hill and then Avebury are revealed. 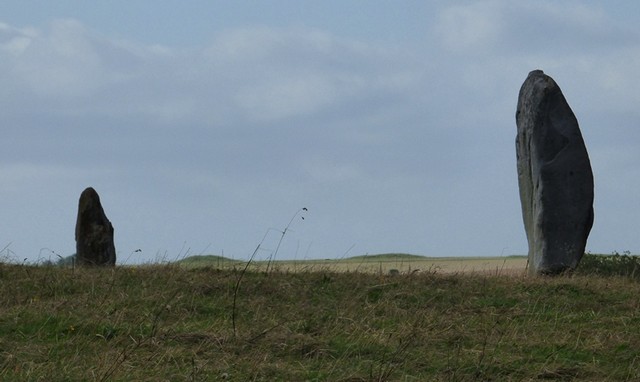 The barrows on Windmill Hill are revealed on the sky line just before the ridge of the brow is reached.

The concentric stone circle known as The Sanctuary at the southern end of the alignment.

The Sanctuary at the southern end of the alignment. View from east.

Car parking is provided at a price at SU 09959 69653, but access to the stone circles, henge and stone row is free. From the car park head into the village and make your way to the southern gap in the henge. Carefully cross the road and the first stones of the row can be seen standing beside the road.

Burl, A., 1993, From Carnac to Callanish – The prehistoric rows and avenues of Britain, Ireland and Brittany, Yale University Press, New York and London, pg. 217.