A fan-shaped multiple stone row measuring 30.5m long, including at least 56 small and medium-sized stones arranged in at least 13 separate lines and situated on the south eastern side of a pronounced knoll with restricted sea views to the north. The row is orientated ESE to WNW and points towards a pair of cairns. The row stands in an area with broadly contemporary stone rows, cairns, chambered cairns and a standing stone. 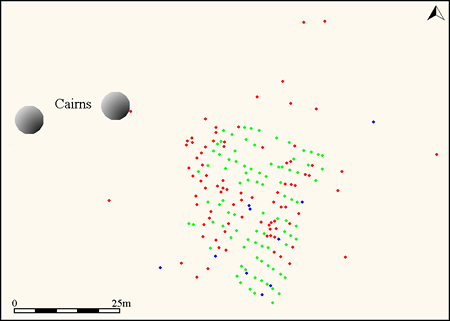 This stone row is of Type M10. Information on this form of stone row and other rows of this type is available here.

The stone rows lead up the east facing slope of a pronounced knoll which effectively controls and then conceals views towards the nearby sea. More on the important sea view aspects of this site are available here. View from the east with the buildings at Dounreay beyond.

The knoll on which the stone rows were built. The cairns at the top of the rows are visible on the skyline. View from east.

Occasional stones protruding through the vegetation indicate the position of the stone rows. View from east. 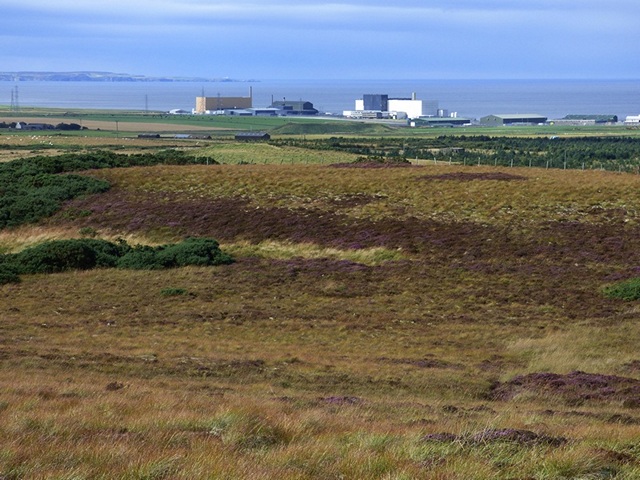 Dense heather and grass makes it difficult to see these stone rows. View from east. 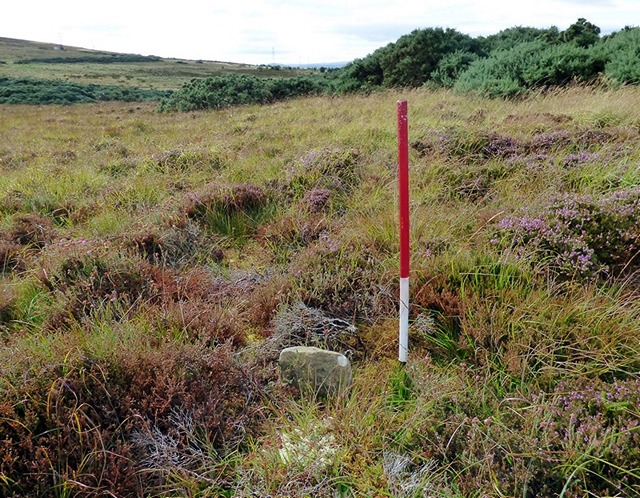 Edge set slab visible in a small clearing in the dense vegetation.

Stone forming part of the alignment. The shape of the stones varies considerably.

View from above and east showing some of the stones forming this alignment. 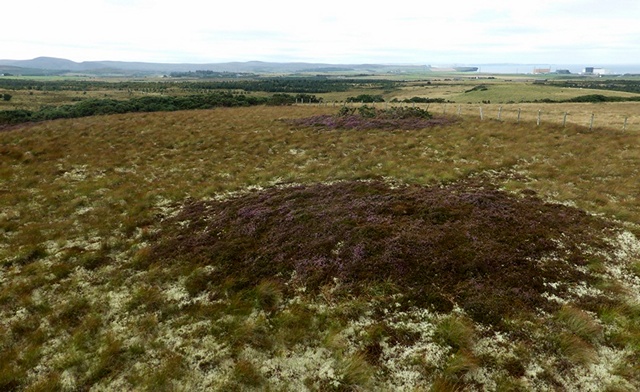 The cairns on the plateau above the alignment. View from the east.

Of particular note is the visual relationships between the alignment the nearby chambered long cairns, round cairns and the sea. The sea views are considered separately. From the bottom of the row the Cnoc Freiceadain chambered long cairns and a round cairn at ND 01389 65861 are invisible but as you walk up the rows each becomes revealed. Alternatively as you walk down from the top of the row these cairns gradually disappear from the skyline. This phenomenon is common at stone rows and would have of course have provided a distinctive visual link between the rows and their surroundings. The precise point at which the different features disappeared/appeared may have been of particular significance to the people who used the rows.

The round cairn at ND 01389 65861 is visible on the skyline only along the upper lengths of the rows and disappears as one walks down the rows.

The southern long cairn at Cnoc Freiceadain disappears from view as you walk down the rows.

As you walk up the rows a cairn appears on the skyline directly in front. The cairn which forms part of the complex is not visible until you get very close to it. As you move forward it seems to grow out of the ground. It is hard to believe that such visual treats were not deliberately created. Later 18th century landscape gardeners used similar tricks to enthrall their patrons and create a sense of awe.

Visual relationships with the natural landscape are also present at Creag Bhreac Mhor. In particular it is perhaps noteworthy that separate distant views to Ben Hope and Ben Hutig are concealed along parts of the alignment. This could be intentional or coincidental but certainly forms part of the vista reveal at the site.

Views of the mountains around Ben Hope are available from parts of the alignment.

Ben Hutig at the limit of visibility can only be seen from the top of the rows.

Burl, A., 1993, From Carnac to Callanish – The prehistoric rows and avenues of Britain, Ireland and Brittany, Yale University Press, New York and London, pg. 222.