General view from the south west.

A triple stone row measuring 37.6m long, including 15 small and medium-sized stones situated on a narrow gently sloping terrace on an east facing hillside. The row is orientated north to south and there are large numbers of stone rows, settings and cairns in the vicinity.

This stone row is of Type T10. Information on this form of stone row and other rows of this type is available here.

Stones 3 and 6. Butter Hill just protrudes above the near horizon.  This visual treat may have been of significance to the row builders. View from south.

Stones 3, 6 and 8. Butter Hill on the right and Wind Hill on the left are at the limit of visibility. View from south. 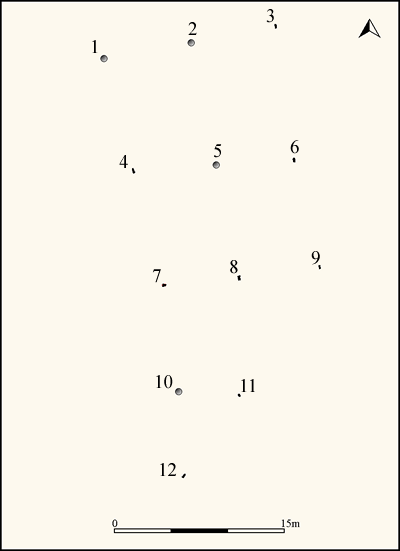 Plan showing the position of the numbered stones and hollows. 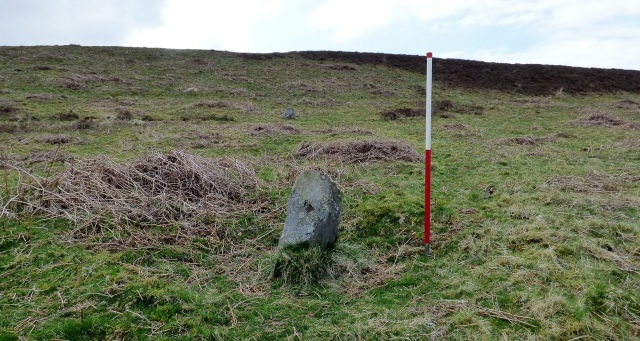 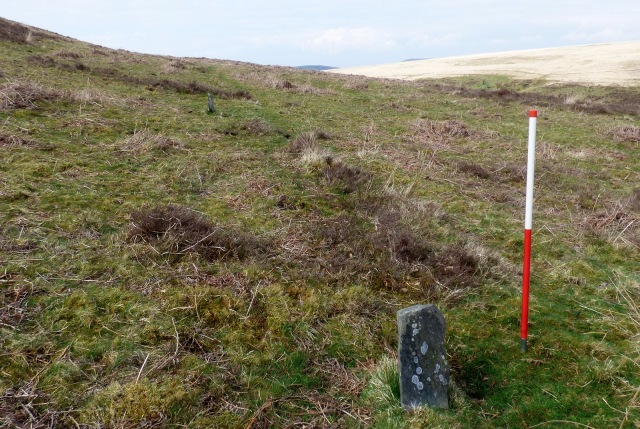 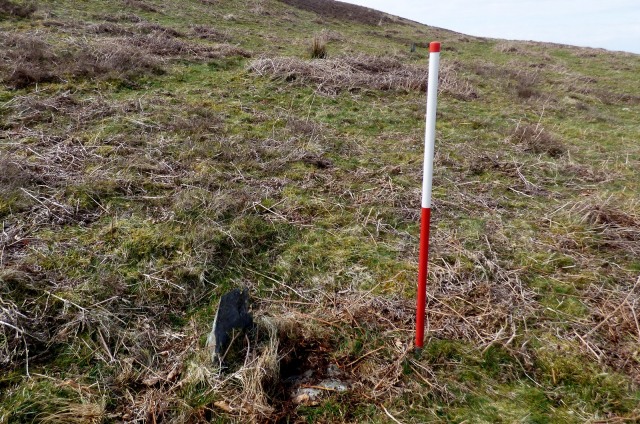 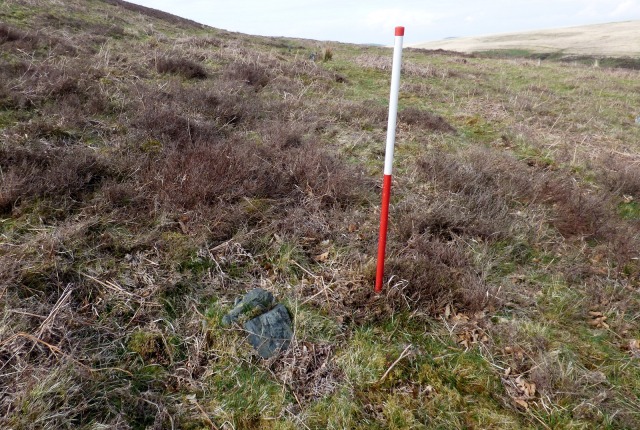 This row can be reached either by walking from Brendon Two Gates (SS 76507 43252) which takes you past the rows on Cheriton Ridge or from Shallowford (SS 71409 44955) which avoids a couple of steep climbs.