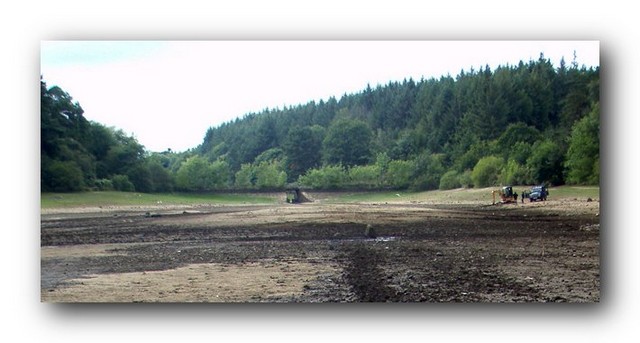 A possible single stone row measuring 60m long, including at least 14 small-sized stones situated in a reservoir in a narrow valley. There is a further stone row, stone circle and mound in the immediate vicinity. The row is orientated east to west and excavation revealed that the stones had been placed in a linear cut which the excavators suggested might be a boundary feature.  It however shares more characteristics with a row than a boundary.

Simplified plan of the stone alignments at Tottiford Reservoir (After Wessex Archaeology).

Category: Possible. Excavation revealed that this feature consisted of a linear cut loosely filled with granite cobbles and boulders. The excavators claim that it is most likely a boundary feature.  No boundary features of this type are known on Dartmoor and given the position of the feature next to a stone circle and row it is more likely that this feature is a stone row, although if so probably of an unusual form.