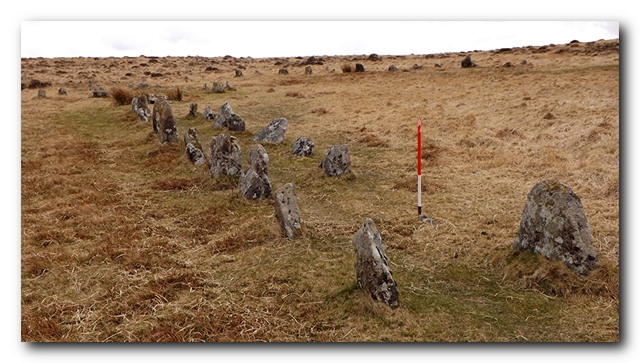 A double stone row measuring 182m long, including at least 40 small, medium and large-sized stones forming part of a cluster of six stone rows, a stone circle and three cairns. This row is situated on a north facing slope, is orientated north to south and stands close to a later prehistoric settlement and coaxial field system.  The upper end of the row is denoted by a kerbed cairn formed by concentric circles of stones.

Stones at the northern end of the row. View from the south.

View from the south. 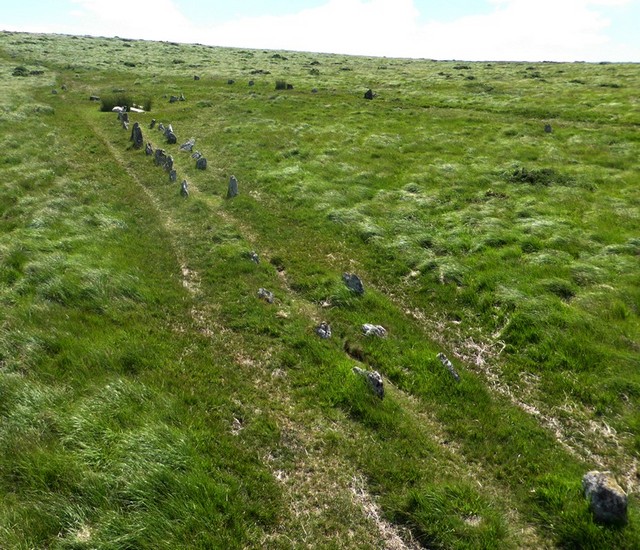 View from above and north along the row. 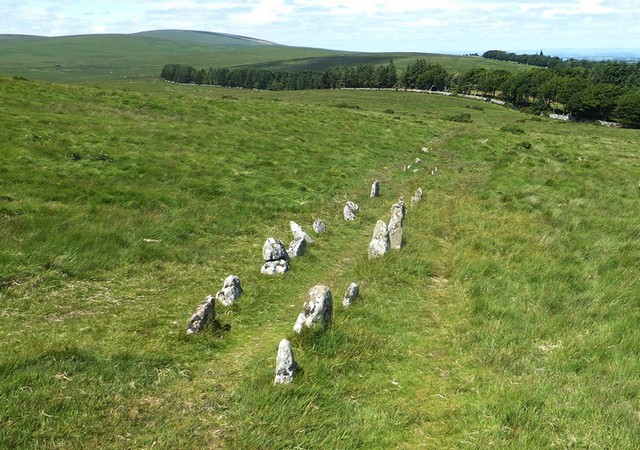 View from above and south looking along the row.

Cairn (known as Fourfold Circle) at the top of the row. View from south.

Car parking is available at SX 66205 86548. From here head SSW across open moorland to the stone rows.