The most impressive triple stone row in Great Britain measures 146m long and includes 127 small, medium and large-sized stones situated on an east facing terrace on the lower slopes of Cosdon Hill. Unusually, the blocking stones are at the upper end and separate the row from a cairn with two cists. The row is orientated east to west and well worth the effort of getting to.

This stone row is of Type T12. Information on this form of stone row and other rows of this type is available here.

The upper (West) end of the alignment. View from east. 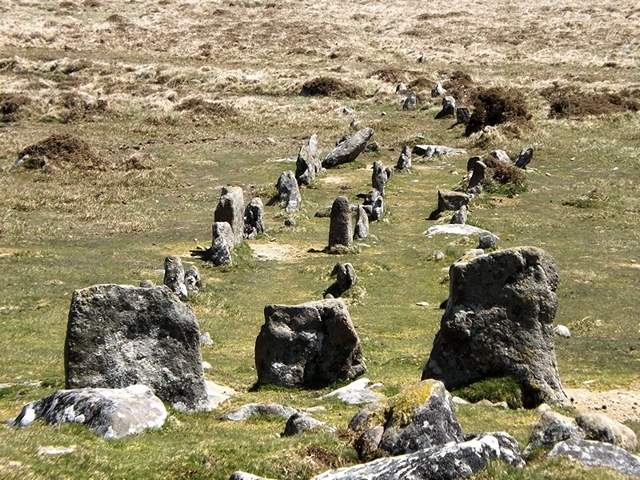 Looking east along the triple row. The three large stones in the foreground are blocking stones. Unusually they are at the upper end of the alignment and separate it from the cairn. Variety is an alignment characteristic.

Alignment and cairn. View from west.

The alignment is not straight and is clearly sinuous in form. View from west. 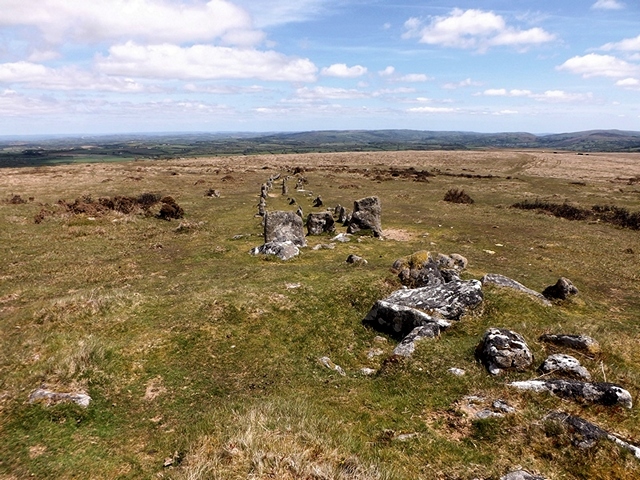 The cairn at the upper (West) end of the row. 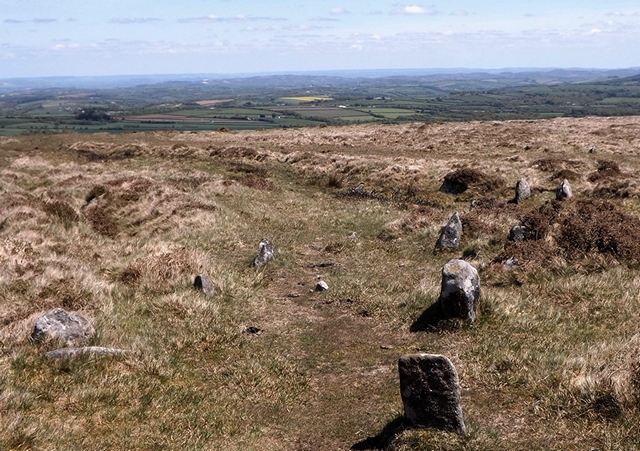 The eastern end of the alignment does not survive as well as the western part. View from west.

The alignment has been cut by an historic holloway at this point. View from east.

Car parking is available at SX 65810 91500. From here head south west to Shilley Pool. Carefully cross the stream and walk north west up the steep slope for about 850m. The row is the visually most impressive triple row in Great Britain and well worth the effort of getting to.