A single stone row measuring 132m long, including at least 21 small and medium-sized stones situated on a south facing slope. The row is orientated north east to south west and there is a kerbed cairn at the lower north eastern end. The row stands next to another stone row and several cairns.

Map showing the position of Corringdon Ball North, other stone rows and sites. 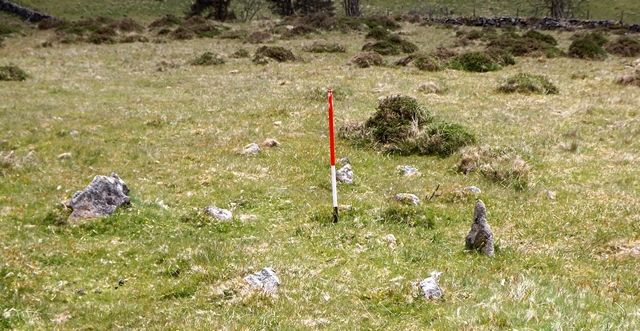 Stones forming part of the stone row. View from the north (Scale 1m). 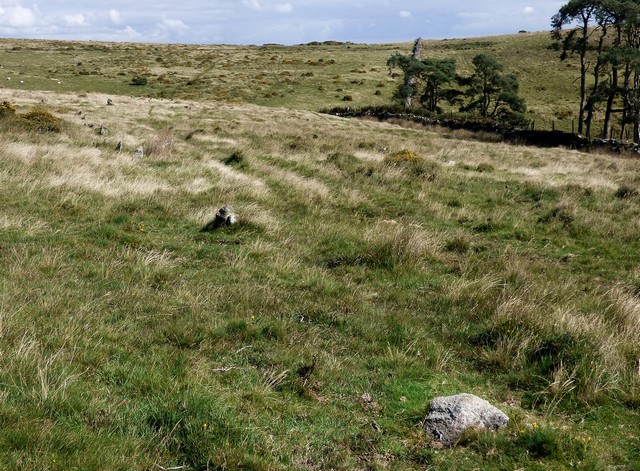 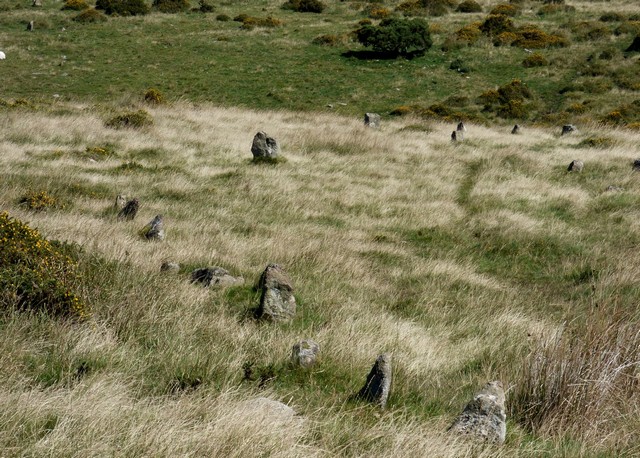 The north eastern end of the row. The large stone in the middle distance forms part of the kerbed cairn at the end of this row. The stones to the right form part of Corringdon Ball, South stone row and its terminal cairn. 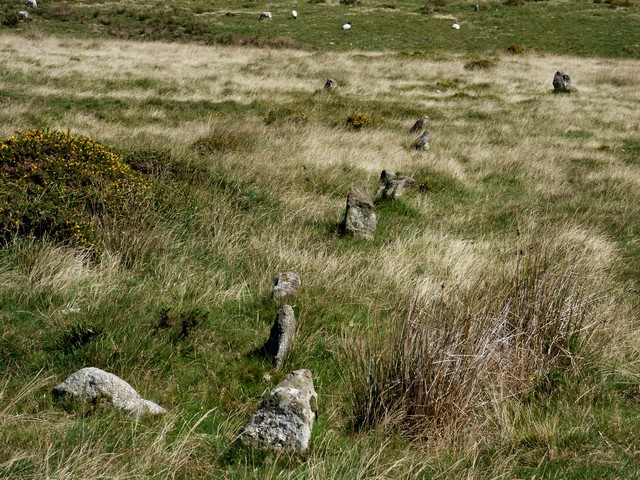 Looking north east along the row. The stones in the background form part of the terminal cairn. 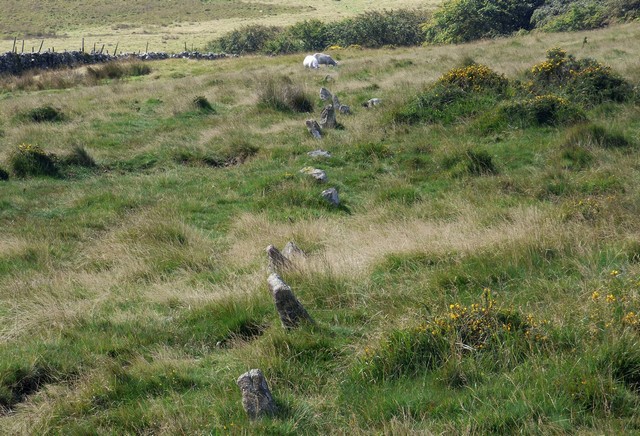 Looking south west along the row.

Close up view of the sea view at SX 66589 61160. The sea is at the limit of visibility and shrinks in size as you walk north eastward along the row.