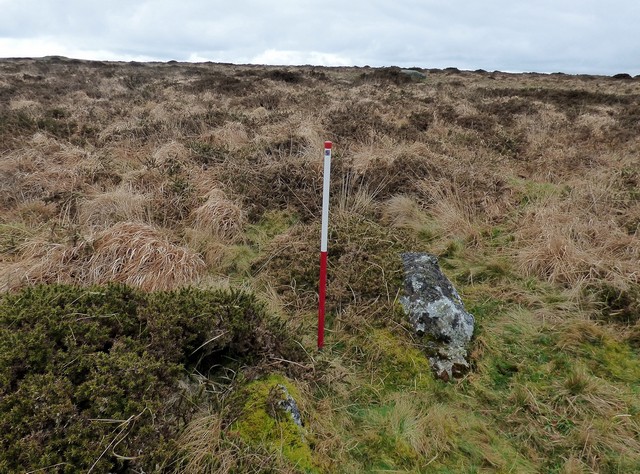 A single stone row measuring 55m long, including three substantial stones situated on a gentle east facing slope with an extensive viewshed.   The two largest stones are recumbent and only a stump and fragment remain of the third. When standing the end stones would have been taller than 5m. The row is orientated ENE to WSW. The row has a sea view and stands in the vicinity of five stone rows, several cairns and prehistoric settlements.

Map showing the position of Butterdon East, other stone rows and sites.

Category: Plausible. A stone row interpretation is consistent with the evidence. The only concern previously expressed relates to the substantial size of the fallen end stones and whilst they would indeed have been the tallest stones on prehistoric Dartmoor, larger stones are known elsewhere. Stones around the southern end of the western stone could be the remains of packing stones.

This stone row is of Type S8. Information on this form of stone row and other rows of this type is available here.

Western stone. Traces of a trench around the edge of the stone are clearly visible. View from south (Scale 1m). 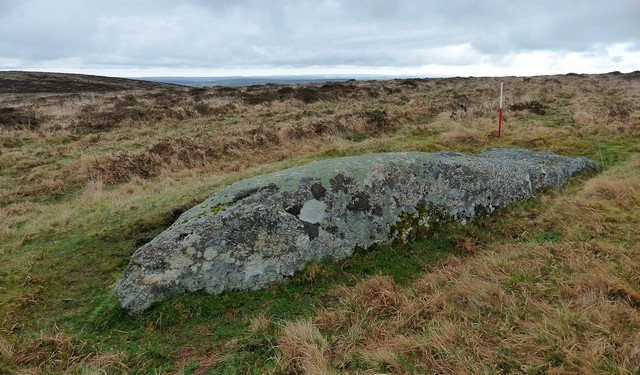 Western stone stands up to 0.6m above the ground surface and measures 6m long by 2m wide. View from north west (Scale 1m).

Western stone. When erect this stone would have probably been just over 5m high. This is considerably shorter than the surviving stones at  Devil’s Arrows  in North Yorkshire. View from north (Scale 1m). 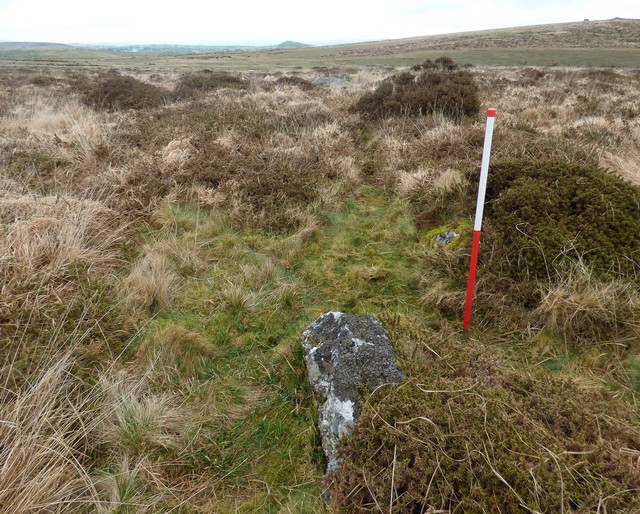 The central stone includes a 0.24m high set stump (behind ranging rod) and a recumbent fragment. View from west (Scale 1m). The row appears to be aligned on the distinctive Brent Hill. 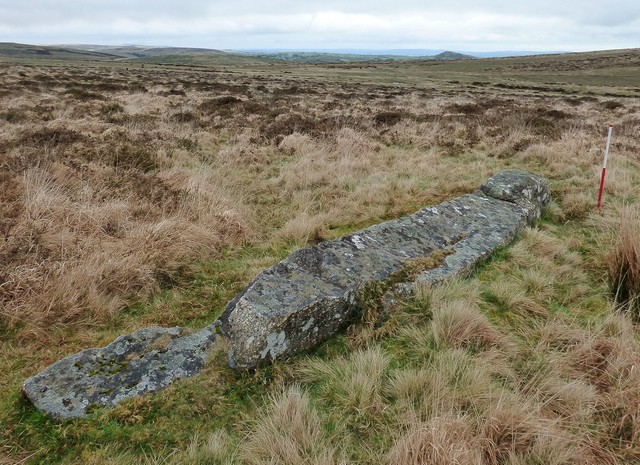 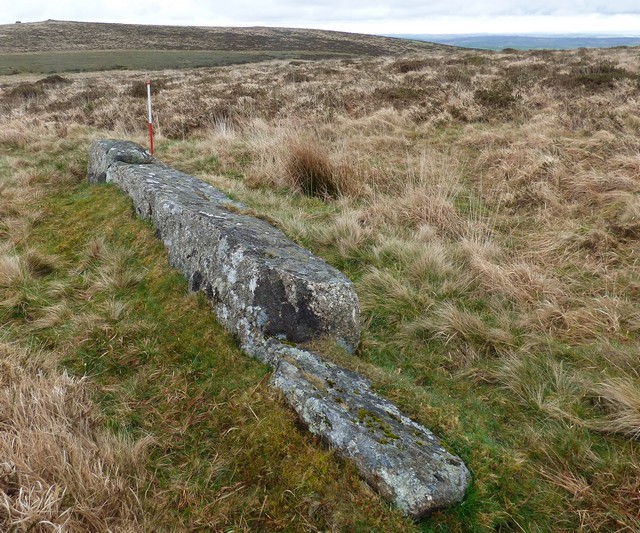 A large cairn on Butterdon hill appears on the skyline viewed from the row. 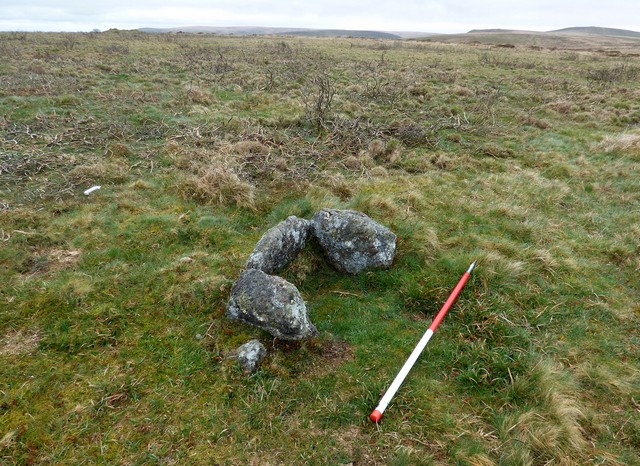 Nearby at SX 65795 59332 is a stone cist. The Butterdon East stone row is very different in character to the others in the vivinity but stands within a landscape rich in prehistoric archaeology.

Car parking is available at SX 64338 59550. Follow the bridleway heading east for 1.4km then head south. There is plenty to see in this area.