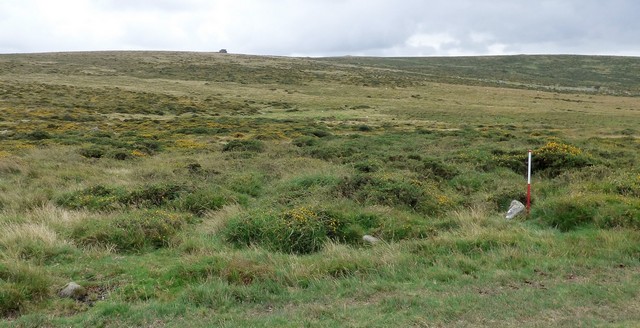 This row is composed almost entirely of small stones barely protruding through the turf (Scale 1m). View from north with Hangershell Rock and Butterdon Hill cairns on the skyline.

A single stone row measuring 118.7m long, including at least 33 small and medium-sized stones situated immediately next to another stone row on a south facing valley slope. The row is orientated north east to south west and is butted by a second row. Another way of looking at this site is that it forms part of a multiple row that shrinks to a single row somewhat reminiscent of the situation at Learable Hill 1.  The row has definable visual links with the sea and a number of nearby cairns. 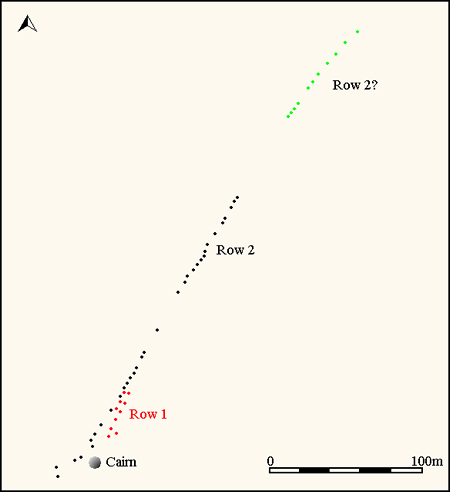 Simplified plan of the Butterbrook stone alignments. Row 2 is shown black. Butler believes the stones shown green form part of the row, but there are a lot of stones this size in the area and they are very different to those forming the row further south.  (Source: Butler, J., 1993 and GPS Survey by Sandy Gerrard).

Map showing the position of Butterbrook 2, other stone rows and sites.

Much of the row is obscured by dense gorse. At this point a few stones can be seen. View from north east (Scale 1m). 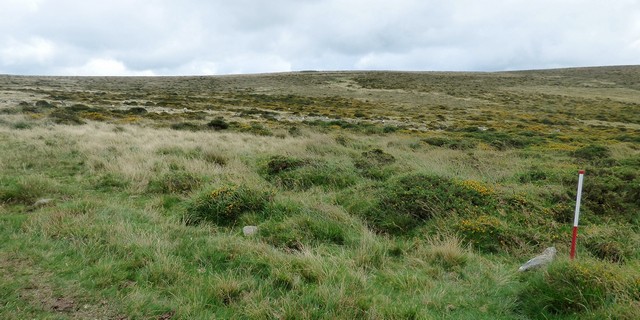 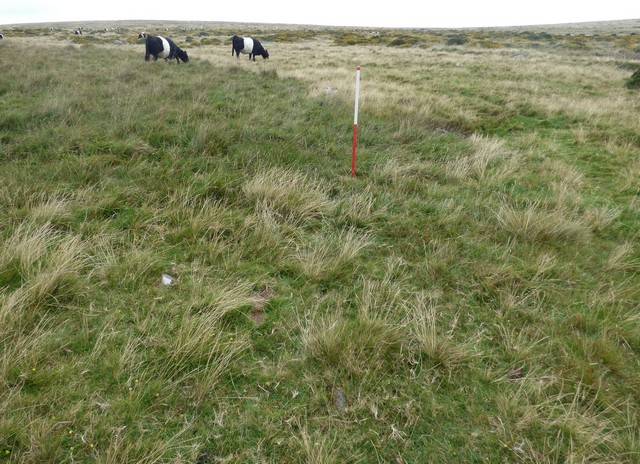 A line of recumbent slabs at SX 65248 60094 are considered by Butler to represent a continuation of the stone row.  However, there are large numbers of similar stones in the vicinity and these stones are more likely to have been placed by periglacial action. View from the east.

As well as the Butterdon Hill cairns being visible on the skyline there is a rather impressive “closed sea triangle” formed by Plymouth Sound. This type of visual link is commonplace at stone rows and its frequency is powerful circumstantial evidence that the rows were deliberately positioned to incorporate these special visual treats.

From the upper end of the row a sea triangle and Penlee Point promontory are clearly visible.

Car parking is available at SX 64338 59550. Follow the bridleway heading east for 850m. The row is a short distance to the north of the bridleway. 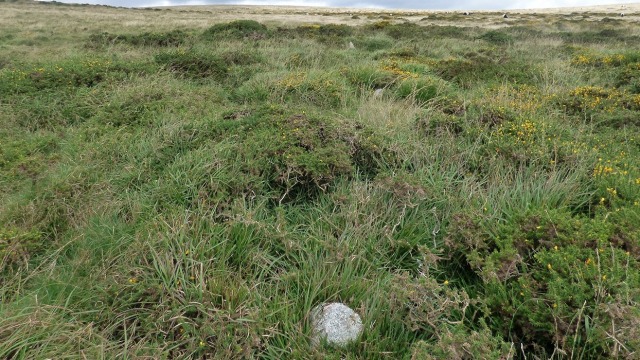 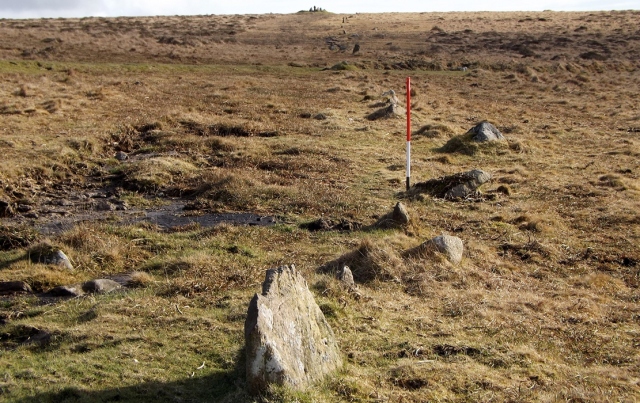 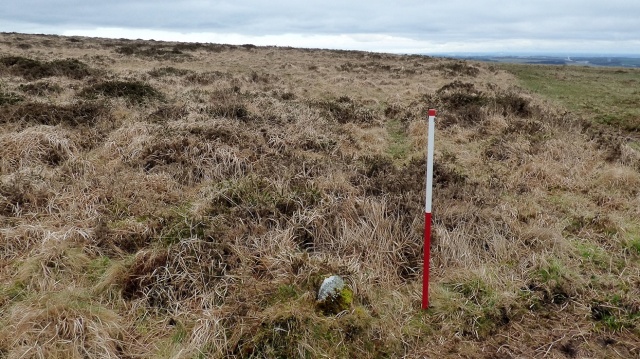