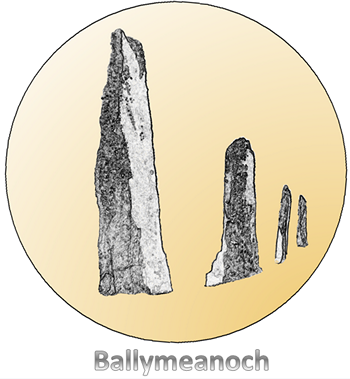 Stone alignment with kerbed cairn beyond. View from west.

An impressive single stone row measuring 14.5m long, including four large upright orthostats forming part of a ritual complex situated in Kilmartin Glen. The middle pair of stones have rock art on one face and the row is orientated north west to south east. There is a stone pair, kerbed cairn, a henge, rock art outcrops and several cairns in the vicinity.

Simplified plan of the Ballymeanoch stone alignment and nearby stone pair, henge with cists and cairns. Henge bank is shown grey and its ditch light brown. (Source: Google Maps and fieldwork). 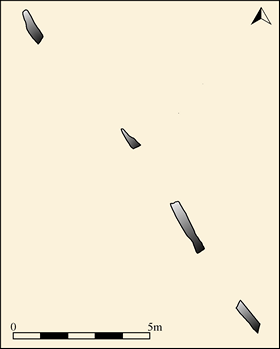 Plan of the Ballymeanoch stone row. From a survey by Sandy Gerrard at 1:100.

Category: Plausible. No doubts have been expressed regarding the prehistoric interpretion of this row. 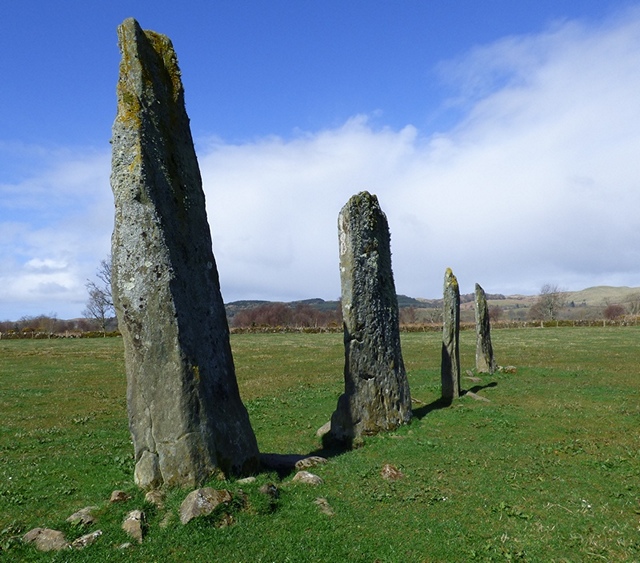 The impressive stone alignment at Ballymeanoch includes four tall slabs. The middle pair have rock art on them. View from the south east. Click on image to enlarge.

Some of the rock art on one of the stones in the stone row. It is believed that the rock art is earlier than the alignment and was carved onto an outcrop that was subsequently quarried and dragged to this spot and erected. It is very likely that the choice of stone was deliberate and indicates careful selection.

Stone alignment in the foreground and the stone pair in the background. 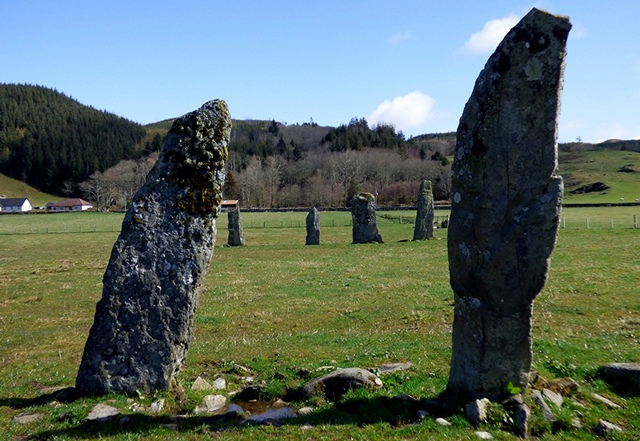 Stone pair  with the alignment beyond. View from south west.

The stone alignment with the kerbed cairn beyond. The alignment forms part of a significant ritual complex consisting of a large number of different forms of broadly contemporary archaeological monuments. 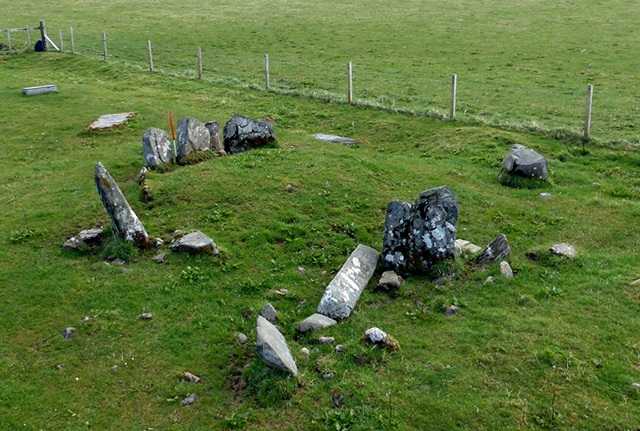 Although partly damaged the kerbed cairn situated a short distance north east of the stone row is still clearly discernible with its northern arc surviving particularly well. The stone in the ditch beyond is holed and cup-marked. The stone was recently moved to this location. View from the south west. 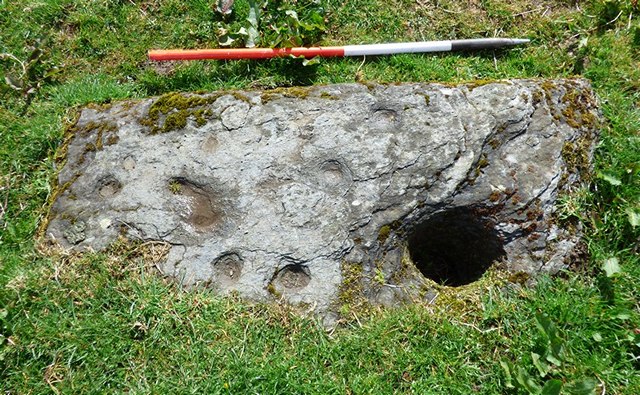 The holed and cup-marked stone next to the kerbed cairn.

The henge south of the stone alignment includes two entrances and cists. The entrances are aligned on the surviving length of the alignment. This is likely to have been deliberate, although coincidence cannot be entirely ruled out. Relatively few stone rows have such a varied selection of broadly contemporary associations.

Car parking is available at NR 83359 96831. Carefully cross the road and follow the path to the row. Other broadly contemporary sites worth visiting in the immediate area are: 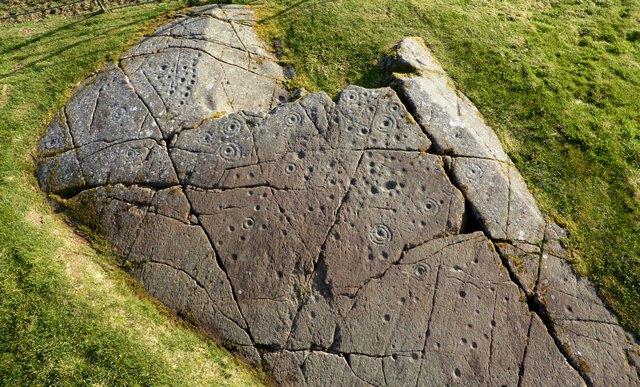 Burl, A., 1993, From Carnac to Callanish – The prehistoric rows and avenues of Britain, Ireland and Brittany, Yale University Press, New York and London, pg. 222.